One of the improvements made to the Spring Framework in the 3.1 release is in the area of property placeholders. Chris Beams explains how the new unified property management system works in a blog posting on the SpringSource community site.

As Chris described, you can also register your own custom PropertySource implementations. This would be useful if you need bean properties to be stored in an external data source so they can be controlled outside of the application deployment process, or if you need properties to be encrypted or encoded for security reasons.

To test this, I created a trivial bean with a few String properties:


and created a Spring XML config file named “app-context.xml” to instantiate the bean and set the properties:


When the GreetingService bean is instantiated, the Spring container will resolve the ${greeting.hello} and ${greeting.welcome} property placeholders and replace them with any specified text.

I then created a very simple Java main to bootstrap a Spring application context and show the properties injected into the bean:


With all this in place, I can run the GreetingApp class and play with setting the ${greeting.hello} and ${greeting.welcome} properties in environment variables, Java system properties, and properties files.

Here is the code for the RedisPropertySource:


and the code for the RedisRepository:


The application bootstrapping code is changed to instantiate the PropertySource bean and register it with the application’s context:


The important thing to notice in this second version of the GreetingAppXmlConfig class is in the createAppContext() method. A second parameter is passed to the ClassPathXmlApplicationContext constructor to prevent the application context from being “refreshed” when it is created. This means the XML config file will be read and validated, but the beans defined in the context will not be created yet. The custom PropertySource is then registered with the application context, and the context is manually refreshed.

Of course, a Redis server has to be running and accessible before the GreetingApp main is run. The Redis command line client can be used to set and clear “greeting.hello” and “greeting.welcome” keys in the Redis server to test the RedisPropertySource. This example assumes the Redis server is running on “localhost” on the default port, but those values can be changed by setting properties of the JedisConnectionFactory bean in the property-source-context.xml file.

In the end, the code to make a custom RedisPropertySource work is very simple. The configuration and bootstrapping is also simple once the right sequence of events is understood.

I also worked on registering a custom PropertySource in a JUnit test case, which also took some figuring to get it right. Since this post has gotten pretty long, I’m going to continue that in a Part 2 post.

All the code listed here is available in a runnable project in GitHub. The GitHub project also shows all the configuration using Java config in addition to the XML config shown here. 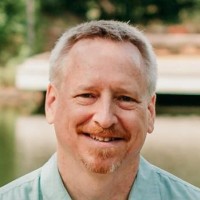